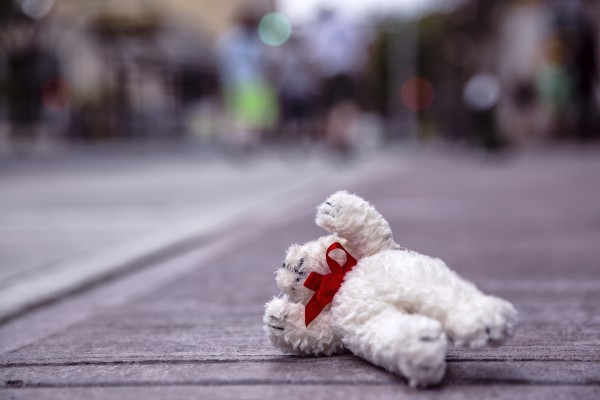 This wonderful experience is courtesy of Ian Thomson:

Rev. Marj Britt has always been full of good ideas, and this latest initiative of hers in founding calledbylove.com is one of her best. I thank her for this opportunity to testify to our personal experiences of the power and wonder of Love. Today I give you mine, two separate incidents that are together the most remarkable in my whole life, because they have given me what I accept as irrefutable evidence of God’s existence and His amazing grace. In essence I’m saying that now I have more than faith alone to go on.

I have always loved animals, and dogs in particular. I cannot imagine myself without one or more, and I have loved them all as they came and departed from my life. Six years ago I had a Jack Russel terrier called Hector, aged about nine, who still had a lot of energy and the urge to explore Laguna Woods Village, where I live, as free as the wind. Well, one day a visitor inadvertently left the front door open and Hector was long gone before I found out. I was distraught because there were hordes of hungry coyotes on the prowl. I searched for him all day long, and when night fell I was sure that the coyotes would get him. I was in terrible anguish and could not settle down. At about two o’clock in the morning I felt impelled to go out, leash in hand, for yet another attempt to find him. I turned right into Calle Aragon, and was surprised to see, about two hundred yards away and walking swifty toward me arm in arm, two young persons, a man and a woman. In my gated retirement community at that hour of the night! It was unusual to say the least. They met up with me, and one said, “Are you looking for a white dog?” I said yes. Immediately the same one (the young lady) said, “We have him. Come with us.” These were the exact words. A simple statement of such power and conviction that I asked no questions but merely followed in silence. They turned into a cul-de-sac a little ways up and there was Hector, being held by an older man seated on a wall, as if he was expecting us. I asked him, “Where did you find him?” and he answered, “He was just here.” I was overjoyed. I bent down to put the leash on Hector and turned round to thank my two benefactors. So help me God, they were gone, vanished! I am talking about a few seconds here. I turned back to the old man, and–yes, you guessed it–he was nowhere to be seen. An incredible calmness and serenity came over me as I led Hector home. I had not the slightest doubt that I had been visited by three supernaturals. I am sure they were angels. It changed my life, and all I could do was glorify God’s goodness, in that good old fashioned way, and enjoy the grace given to me. Hector lived for another three years.

Flash forward to an incident that happened only four days go. I have a new dog, a bichon frise called Teh-Sah, who is just the darling of my life. I was in the parking lot of the ninety nine cent store plaza just off El Toro, and had foolishly left a car window down. Teh-Sah had escaped! I was all over looking for her, sure that by now she had run out into the heavy traffic and been killed. I was hyperventilating and felt that I might have a heart attack, when an older man came right up to me, pointed, and said, “Your dog is over there.” About twenty yards away i saw a young Hispanic couple, a man and a woman, outside their van, holding Teh-Sah. They told me she had been dodging traffic in El Toro and they had picked her up (How, in that traffic jam? I didn’t ask). I thanked them both, profusely, and left. It was only when I got home and thought about the nexus of improbable coincidences that got my dog back to me that I realized, beyond any shadow of a doubt, that I had been visited again by the same three who had l helped me out years ago. I feel very glad that this time I was able to thank them, even to have hugged one of them (the young lady) and shaken the hand of the other, who had a lovely smile.

I’m not going  to say here what profound effects this has had. Here I simply feel the need to testify to what I take to be a double manifestation of God’s love and grace. Make of it what you will. I will be taking it further, and life has changed quietly for the better.
Thanks again, Marj, for your good idea. You have helped me in so many ways, just by being you.