About Called By Love

About Called by Love Institute

The Mission for Called By Love Institute is to “HARNESS THE POWER OF LOVE as a Revolutionary and Evolutionary FORCE in Healing Lives, Building Dreams, Realizing Purpose, Destiny, and Legacy, Connecting ordinary and Extra-ordinary people to their  fullest potential, Bringing Awareness and Light into the world.”

It is a doorway that exists to connect people to Love in its fullest potential. First it is in the ‘I Space’ existing within each individual and in the ‘We Space’ existing in relationship. Then it emerges into Knowing the Essence of the All That Is.

Called by Love Institute offers trans-formative learning and teaching that Transcends and Includes, transforming thinking and feeling, healing and shifting perceptions, in the lives of ordinary and extra-ordinary people.

We live, teach, model, train, invite and initiate in the experience of a Campus of Consciousness committed to ‘Living your Destiny, Loving your Life, and Realizing Legacy’. We offer in person monthly workshops intensives in Tustin, California (Friday evening/Saturday, as well as worldwide through the invisible platform of the world wide web. Our first Online Worldwide Free Telesummit, “Living, Loving, Legacy”, has been followed by several online/on the phone courses available from anywhere in the world.

We are in the process of building a three-year Teacher Certification curriculum.

We are also working on products that will include digital downloads, CD’s, DVD’s and videos, Books, eBooks, iBooks and more. The first book, The Manifesto of Love by Marj Britt, is forthcoming. It will be the first in a series of Called By Love books on the stages and states of co-creation.

How did it start?

Called By Love is an evolution in consciousness and a broadening understanding of creation.  It is an exploration of God as Love, seeing Love in All, and responses to being called by Love. Called By Love is, quite literally, the answer to Marj Britt’s calling.

Over 25 years ago, Dr. Marj Britt had a profound voice and light experience that changed her life from a “fast track to money and success” to being called by God, which led her into ministry. In 2010, in a talk on what it means to be “called”, Marj twice said, “I KNOW that I am called by God.”

The next morning, she experienced/was informed: “Your concept of God has been too limited. You are now called by Love.”

Dr. Marj Britt founded Called by Love in 2011. Marj, our founder, is a visionary leader, a mystic in the world, a master teacher, with consciousness and Love as the living flame of her life.

To this day, “Called by Love” has been run 100% by the dedication and resources of volunteers. Nobody has been paid. All of us offering our gifts, time, resources and support as “Selfless Service” because we feel “Called by Love” and inspired by our mission. Learn more about our team here..

Are you Called by Love?

Love is the underlying source of the most joyful experiences and sometimes also the most difficult. It also calls us to act in the most trying times as well as in times of ease. So we challenge ourselves to find the call of love in every moment of our life. We are looking forward to seeing you at a local event in California, hearing you soon on our worldwide calls, reading you on facebook, or in another way you feel called to join us.

Make sure to add you email to our newsletter so we can keep you informed! 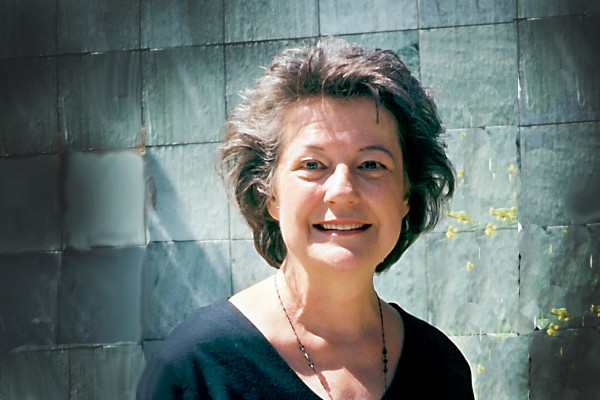 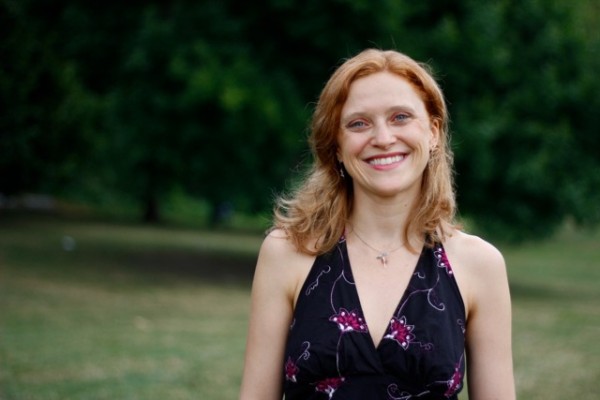 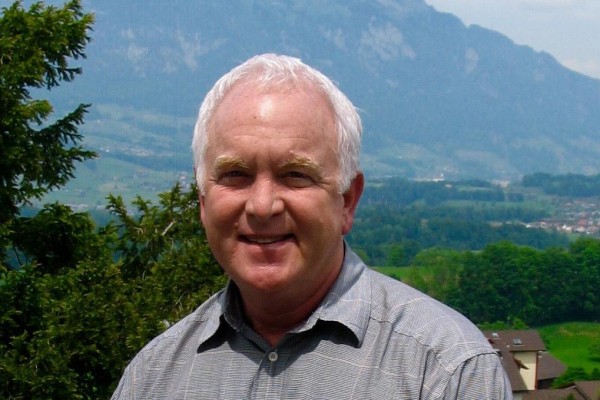 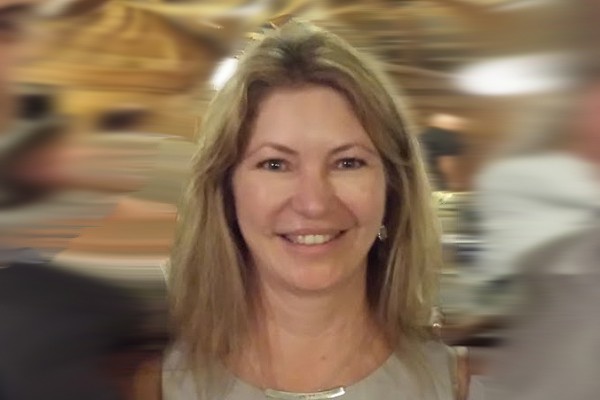 With more than 20 years of technology-enabled, data-driven marketing experience, Lisa is a highly qualified direct marketer who builds customer relationship management (crm) teams for both ad agencies and top corporations. Her responsibilities include the development and execution of cross-channel strategies that include website, email, mobile, social, digital media, direct mail and call center integration. She enjoys building and leading diverse teams toward a common goal. Lisa holds a Master’s Degree in Public Policy and Administration and has a personal interest in issues surrounding the middle- east, international travel, and non-profits that support and empower individuals and their communities. 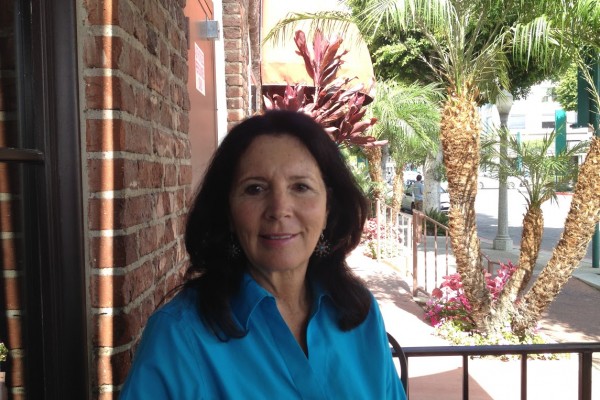 Caroline Bush recently retired from 36 years of teaching. After graduating from a Southern California high school, she journeyed up to Vancouver, B.C., Canada, where she ended up living for the next 16 years. She taught preschool in the demonstration laboratory for the Early Childhood Education Department at Capilano University. Returning to California, she added a Multiple Subject Teaching Credential and an M.A., with a Specialization in Teaching and Learning. She enjoyed teaching kindergarten through 6th grade for 19 years. 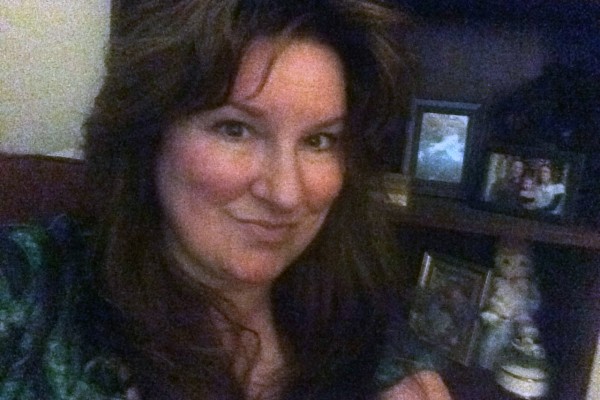 With Called By Love Institute, Melanie is the Executive Director of Online  Business Operations, Development & Training.

Melanie is the Founder of the Excellence Business Academy. 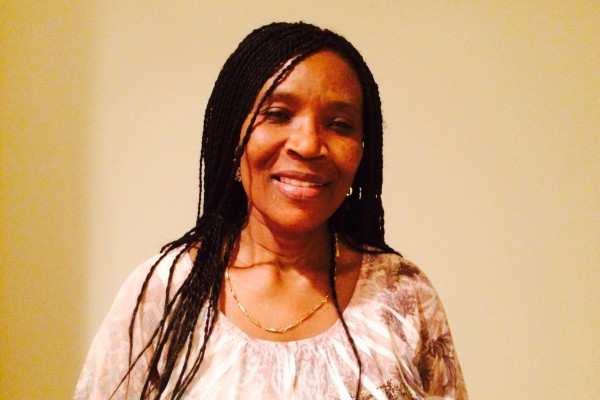 Elizabeth Bruce-Lyle grew up in a loving family in a traditional Christian Faith. She had an unexplained yearning for something deeper, but didn’t know what it was.  She was led to Unity of Tustin. She knew then, that she was Home and never looked back. The Campus of Consciousness became her Spiritual Home. She often attends intensives hosted by Called By Love, under the leadership of Dr. Marj Britt.  Elizabeth enjoys Selfless Service duties, and does it joyfully. 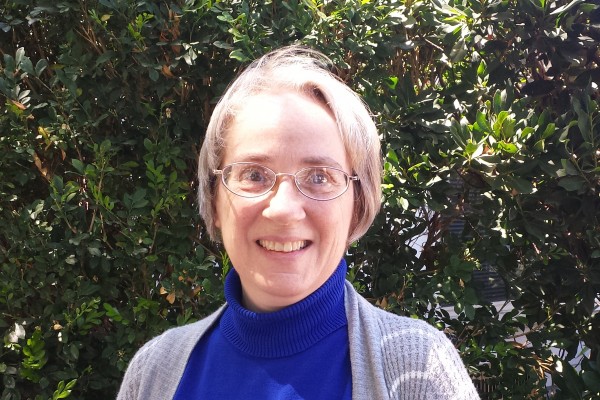 Rebecca’s roles in our team have included Sound setup and recording, as well as Audio Visual gifts of getting things that Marj wants on the big screen, giving us video and music. She has a professional background in accounting and a love of dance and movement.

IN FUTURE TIME we have a VISION of a team with GIFTS of editing our amazing audio and video archives of four years of live intensives into teaching segments for the worldwide web! 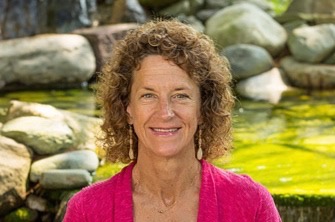 Toni Monsey, PhD, Adult Developmental Psychologist, Spiritual Director, and Founder of the “Heart of Advocacy,” is Called by Love to ignite the spark of conscious awareness within individuals and groups.  Toni works with her clients to actively engage their own inner guidance to free themselves from old wounds and habitual patterns, and access their untapped creative potential in order to discover deeper meaning and higher purpose in their lives. 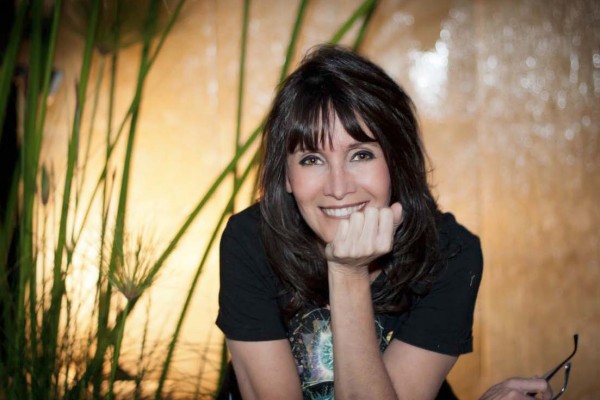 Karina spent years searching before finding the Mystical Teachings at Unity of Tustin. Karina’s greatest fulfillment is in Selfless Service: creating art for the highest good. Karina donates her art and photography to raising consciousness movements. Karina works as a freelance graphic designer.  With over fifteen years of experience, she creates and manages entire projects from early conceptualization to completion and takes great pride in creating on-strategy, on trend, creative design solutions. 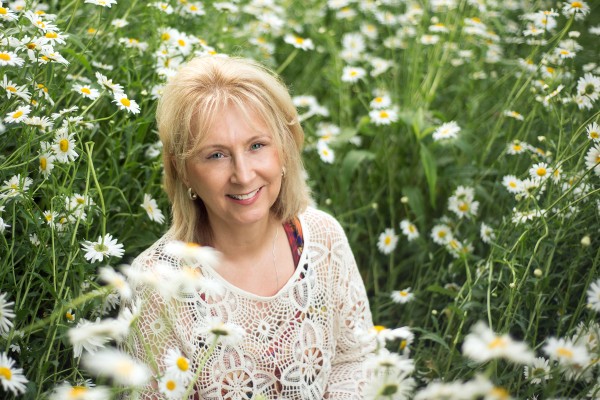 A widely recognized agent of change in elevating the consciousness of business worldwide, Coral has been recognized as a visionary whose actions put her at the forefront co-creating a global shift for the greening of mainstream business including providing broader access to organics. For over thirty years she has held positions in Senior Management for several global brands and organizations. Elevating Global social and spiritual transformation is her soul’s natural self-expression. Being a part of the collective Called by Love team has been truly Divinely guided. 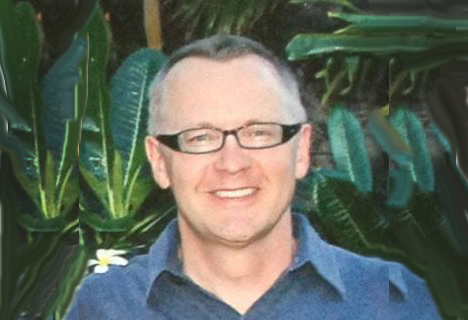 His roles as a Psychiatrist, Department of Psychiatry Clinical Faculty, Psychiatric Society Past President, Medical Association Chair of Wellness Programming, and life-long student of practical Mysticism, combined with a multinational background, inform and fuel his passion for exploring and sharing integrative models for physical, psychological, and spiritual health and evolution. 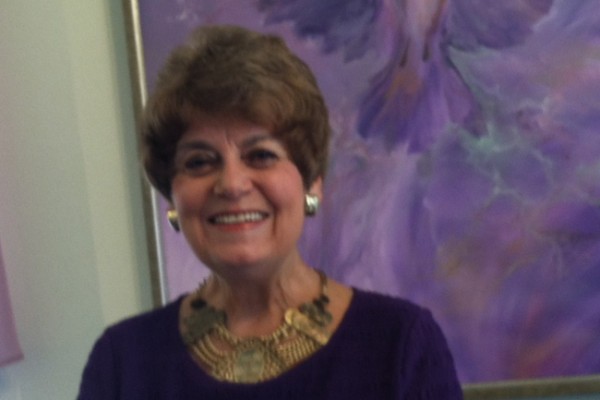 Kay is a native Californian with an artistic background. After college she chose an airline career to see the world and meet its people before settling down. However, a series of experiences beginning in 1977, altered her awareness and unexpectedly placed her on a spiritual path. This ultimately led to Marj’s ministry and Unity Church in 2003. Here, she continues her religious and mystical studies and serve in the church bookstore. Kay has worked with Marj since CBL began. 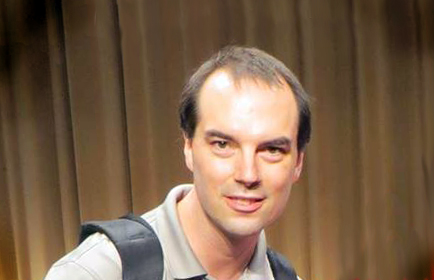 Developer of Acting Enlightened and CBL’s first webmaster, John was told to be either a priest or lawyer in his youth. (Even a bishop attempted to recruit him.) Instead, he went into singing and acting and eventually to holding workshops and coaching with his Acting Enlightened program, which utilizes performance techniques as spiritual exercises.

A lifelong mystic originally from Butte, Montana, he received a degree in Music at Stanford while taking classes such as Zen Buddhism and Feminist Theology. 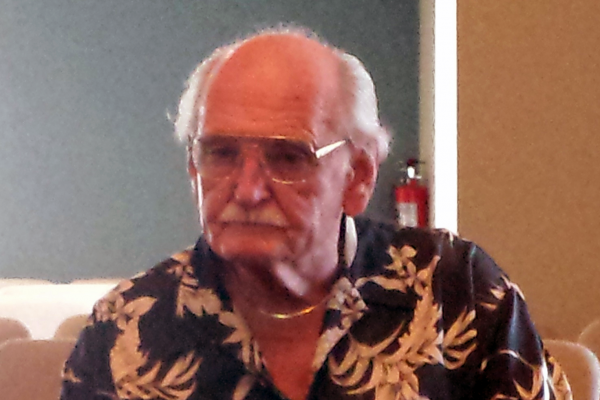 17 years ago, Harry was guided to the mystical teachings taught by Dr. Marj Britt and other master teachers she brought to the campus of Consciousness. Harry underwent a transformative experience that resulted in the healing of some very deep wounds. His professional career includes ownership of two businesses and 24 year as an executive in product development, sales and marketing for an international chemical company. Harry is dedicated to walking the path to greater spiritual understanding and enlightenment. 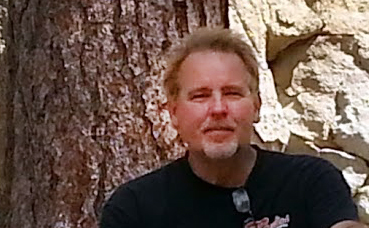 A modern day renaissance man, Ric is an accomplished artist, designer, inventor, computer programmer, application developer, and business owner of off-road electrical products. In his professional role, Ric works with top software tools such as Sales Force and Marketo to design and enable dynamic content websites, integrated email and lead generation campaigns for a large medical device company. As a teacher of art, Ric sees painting a canvas, drawing a portrait, or sculpting a vase as a meditation practice and a pathway to healing. 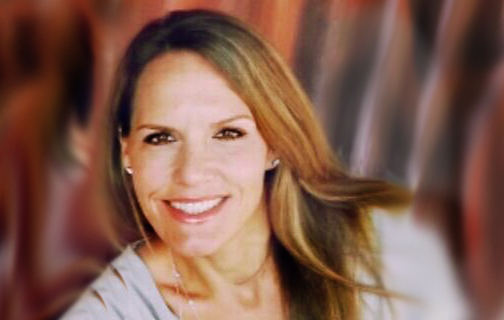 Her belief is that “Work is Love in Action.” She has a passion for Spiritual Practice and Mystical Teachings, with a deep yearning to Serve a Higher Purpose. This calling has manifested as Service through volunteer positions on three continents and board positions for non-profit organizations, with a particular focus on bringing Love and Light into the lives of children. 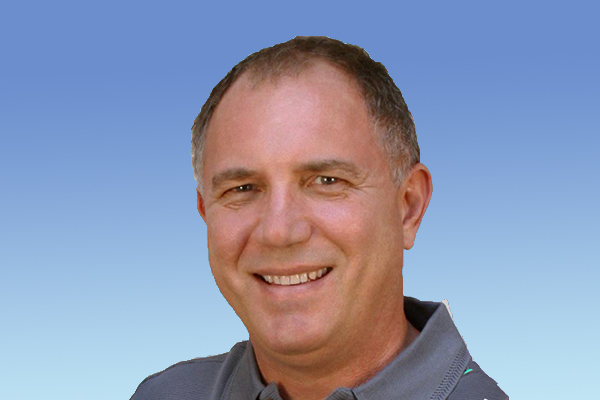 DREAMWORK is David Jonathan’s passion, purpose and Gift of Genius. He work with you and the Awareness of your Soul and Higher Mind communicating with you through your dreams. His questions bring forth your own answers from the Symbols of your dreams, the language of your soul, yearning to give you guidance to apply into your daily life.

David’s teacher and mentor was Brugh Joy and dreams have been David’s deep love for more than three decades.