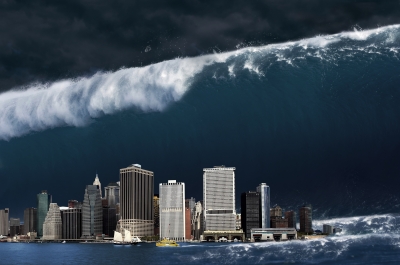 (This blog post, written in September of 2011, was the first post that Marj Britt wrote for Called By Love.  It was during a time of tremendous shift in her life, a time first of angst, then immense grief, letting go and deep change.  It was different from anything that she had ever imagined or expected.  Her commitment to Transparency as part of her teaching, however, continued on with her as she experienced the Unknowing……….)

In the last five months, my life has totally changed.  It is as if the ‘whiteboard’ of my life, with all of the events, the players, the ‘things’ written on it, has been erased, by a huge cosmic eraser.  Six months ago, I could not have even imagined this…  Everything then still felt like I was ‘in the flow’ with a bit of control, decisions to be made, and a sense of how it would unfold.

And then it changed…  The Bible uses a phrase ‘like a thief in the night’ (1 Thessalonians 5:2).  Unexpected, unplanned, a tsunami followed by an earthquake…and my personal life dissolved by cosmic erasure.

Six months ago there was a ‘story’…now it is gone.  The whiteboard is still there…just erased.  As I looked up the  scripture on ‘the thief’, to make sure my memory of it was there, I noticed something I’d never seen before…  There was an instruction:  “Put on a breastplate of Love.”

Maybe I had gotten a ‘clue’…one that I did not fully understand or comprehend.  I had shared in talks about the profound downloads from Spirit about my being “Called By Love”.  I sat at the computer and my scribbles on one page became a seven-page manifesto.  I shared it with the board and some of you.  Then the next download came:  “It is a twelve page document and the last five pages are still blank, still being written…”  This ‘add-on’ amusingly came while I was ‘curling’ my hair, mindlessly, before the mirror, totally unaware!

Angels, divine guides, appear in our lives when they are most needed.  I knew that was happening when Meath Conlon from Australia contacted me and said he was coming stateside—might it be possible for him to come to Unity of Tustin?  Michael Ward and I had met Meath in India, at Shantivanum, the ashram that Bede Griffith had founded there.  Meath was teaching the Ten Zen Ox-Herding Pictures and relating it to Christian Mysticism.  I knew in India that he would come to Unity.  What I didn’t know was that he would be my personal angel in my own time of cosmic shift and re-alignment.

A second angel appeared.  While emailing my long-time friend, Joel Fotinos, about the coming of Stephanie Dowrick to Unity, I sent him the document ‘Called By Love’.  He responded in a beautiful email…but three sentences absolutely ‘lit up’, imprinted in my heart and mind.  I framed them and they sit by my computer.  I’m looking at them now:

“Write, write, write! Pour yourself into your writing and don’t write for an audience, write your soul.  Put everything on the page.”

He had no idea, of course, that his words would become like breath to me, a lifeline, just over two weeks later when my beloved childhood friend of 57 years, my deepest soul connection, died of cardiac arrest.  I got an inner message something was ‘wrong’.  I drove 100 miles to the desert.  I was the one who found him.  The last thing he had open on his computer was something I had written to him:  “Who Are We?”  He was sitting in his recliner.  On his face was a look of serenity, peace and love.

Meath Conlan gave me the next phrase, one used by Bede Griffith, that would simply radiate a meaning for what had seemed to devastate me.  I had told Meath that I seemed to be ‘between the 9th and the 10th ox-herding picture…I wasn’t stuck, yet it was as if the 10th picture had shifted into a vastness that I had never experienced before…and I didn’t know how to ‘be’ there.  Meath said:

“You are in the Womb-House.  It is the ‘womb’ that is the passage into what is next.”

He began to describe some aspects of it and I also found my own.  It feels like you are being held…it is a womb.  You can’t see the details of what the new life is going to be beyond the womb.  It’s not time yet for ‘details’.  The ‘term’ or the time in the womb is essential.  The embryonic fluid is part of what feeds and gives life to that which is birthing.  And the tears that so easily come are that fluid.  They are giving nurture and form to the new birth.

And so, I am writing…  I have filled three spiral notebooks, front and back of every page, written in long hand.  I’ve tried to go back and reread it once or twice.  I can’t; I cry.  I just have to go on…and write…  Every day I write for an hour at least, sometimes three, four or five hours.  I feel overwhelm come.   And I sit and write.  The overwhelm dissolves in the writing.  I write my soul.

It is totally different than any writing I have ever done before.  Always before, my rational mind contributed, even directed, although cooperating with That which was beyond the mind.  Now…it is vastly different.  My rational mind is off-line.  My intuitive knowing is that it is being ‘rewired’.

I simply sit down after a time of Silence, often watching a DVD that I helped create, waiting, with a simple spiral notebook in front of me…open to a blank page.
I ‘hear’ one line coming from my heart to write at the top of the page…maybe something as simple as “Good Morning…” with an endearing phrase or two after.  Then there is a pause and the exchange that I’m now calling ‘scribbing’ (rather than ‘writing’) begins.  I simply scribe what I ‘hear’ in this very profound space of presence and pure love.

It’s really more like a telephone conversation, unplanned, unrehearsed.  It is touching on the simple, the profound, the delight, the joy, the tender, the tears, the longing, the unknowing of how to go on…, my human feelings of lostness.  Then sometimes tender responses come, loving me in my lostness, assuring me that I’m just not seeing clearly…yet…it’s not time …and “I am with you…always, forever”.

Laughter can enter: “You know all of this!  How did we switch roles in this play?  You used to tell me these things!”
I scribe the ‘beyond’.  I respond from my heart and  it all seems so natural.  My responses often reflect yearning for happiness that I was feeling and imagined to come.  Tears flow easily, and awareness of delight also becomes a part of it.  Most of all it is simple.  It has little ‘spiritual jargon’…it is very ordinary and yet it includes the most pure love that I have ever known.  It is the ordinary in the rare and precious treasure of the unordinary.

And I am putting on the Breastplate of Love…
Called By Love, I know, is part of that Breastplate…
I will, simply “be” and facilitate, in vaster realms than I have ever known.  They will come clear as we enter and embrace the many faces of Love…together.