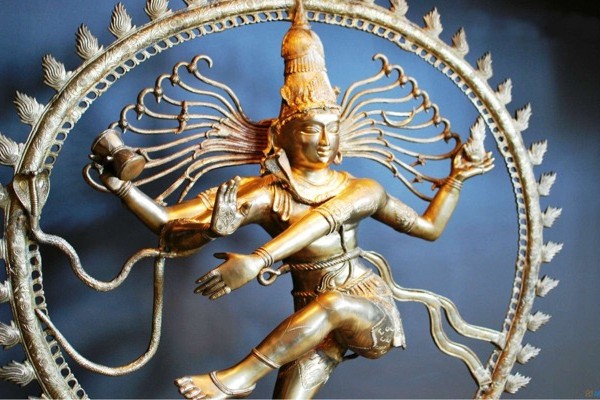 It’s a New Year and I am making another commitment to write. I’ve made these commitments before… And yet, somehow this one seems different. I want a ‘Forever’ commitment now.

This year in April, I will be entering my 78th year. I’m in the last 1/3rd of my life. Years ago, in my 40’s, I gazed at a statue of the Dancing Shiva in the Nelson Art Gallery in Kansas City, Missouri. I read the description of it that the gallery had prepared for those who would come to ‘see’. It described the three phases of birthing, maintaining and dissolving…all as part of the magnificence of Creation.

I recognized it immediately as a Trinity…in another language. It was all in a Circle of Fire, what has become for me the Living Flame of Love. I didn’t know all of these words then. And it was all there any way, ready for me to ‘Know’…when I was ready.

Now in my 8th decade of living, there is an inner Knowing. What I’m experiencing is awareness of the value, as well as an impulse to scribe the words that are even now being revealed. The value will be for me…if for no one else. It will help me see and imprint this experience, this time of Great Dissolve into the One of the All That Is.

Somehow the Stages of Creation imprinted themselves as the Sacred Template that would become the lens through which ‘meaning-making’ and Keys to being guided would come. Life has given me the Gift of becoming a Guide in many of the Colors of the Rainbow. There is a simplicity and a perfection in the beauty.

In ‘interesting ways’, I have evolved into violet realms that are rarer to see, yet also available to everyone as ‘State’ experiences. In some strange way the rainbow-like range of the colors are there to recognize, all as vibrations of Light, all as part of the Rainbow Bridge.

There is the Void that is without form, with darkness on the face of the deep. And Spirit is hovering over the face of the waters. The ‘imprint’ from Genesis 1:1-2 began as a child and it has continued to reveal Itself through all the years of my life. For me, the ‘waters’ are that which is unconscious, both the dark and the Golden shadow. Love is Spirit hovering over both.

Another ‘imprint’ came in the form of a greeting card that I ‘found’ in the bookstore at Unity Village when I was in seminary. The front of the card was a simple quote.

“Some day, after we have mastered the wind, the waves, the tides,
and gravity, we shall harness for God the energies of love.
Then, for the second time in the history of the world, we will have discovered fire.”
It was written by Teilhard de Chardin.

It continues to teach and create in me and as me, even now.

Love is the threshold of another universe.
Whatever is more Love ultimately comes out into the open.
It is Love in Its stages of Realization.

Love makes things One by dissolving what is unlike Itself into the next stage.

There are different ‘faces of love’ in all of the Stages, all of the Colors of the Rainbow. Love Itself will teach us, and take us, as we dance with It in all of Its brilliance and at times in its shadow.

Out of the Darkness and the Void comes the Word, the Logos of Creation, the invocation of ‘Let There Be Light’.

More awareness comes in the experience of life revealing itself. It is our journey to knowing our very Being as this Living Flame of Love.

The ancient template describes seven days that I have come to call Stages… What I realize now in this living into my eighth decade is that every stage is a hologram, containing all of the stages. We begin to Light up the potentials as we live. We wake up in our process of growing up.

For me, major Shifts have come, not because I planned them and not because I had even the ability to ‘see’ them. Very significant was the shift from ‘horizontal’ awareness of time as past, present and future to ‘vertical’ Awareness with multiple realities occurring simultaneously.

Now, I am seeing all of it dissolving into a Simplicity. It is an awareness of living the Trinity in ordinary life with ordinary and extra-ordinary people.

Does my commitment have the Audacity to Trust that Love Knows the Way??? My Commitment of Another Kind speaks from my heart and responds with a very clear and simple ‘Yes’. I Am Willing to trust that Love knows how to Guide my remaining cycles in time.

If you were to make a ‘commitment of another kind’, what would it be?
Do you see the three phases of ‘birthing, maintaining and dissolving’ in your life?
Have they repeated? Have they dissolved into a Trinity?

What have been your Sacred Templates of ‘meaning-making’ and keys for guidance?
Have you experienced the Void and darkness? Can you see it as the Unconscious that comes before the Invocation of Light? How have major Shifts come? If you have the Audacity to Trust, what do you Trust?