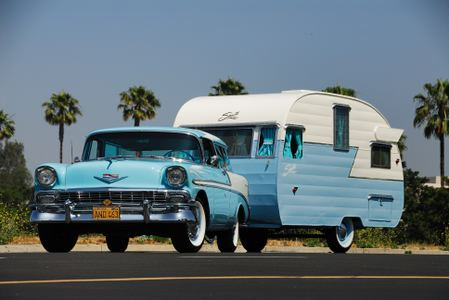 After my father died when I was 11 years old, my mother had a really hard time ‘finding her way’. She bought a small travel trailer, 1950 style, hitched it to the back of our Buick, and we set out…toward an unknown destination.

My younger brother and I were the ‘map readers’ and her companions in this Adventure to help her find her way out of the Void. We read ‘Burma Shave’ signs along the highways as we played alphabet games, often asking, “Are we there yet?”

And now here we are…you and I, in our Adventure of exploring the Maps and Stages of Creation. We’ve traveled through Darkness and Light. We opened into Faith and Radical Trust. We’ve explored our Gifts of Genius and Glimpses of our Soul.

I’ve been wondering in the last month, or has it been ‘wandering’? My writing focus seemed to shift into the ‘soft launch’ of www.CalledByLoveInstitute. It ‘asked’ me to write blogs and content. Life has its content even when we set our intentions.

My ‘wondering mind’ kept asking, “How will I make the Shift into the Fourth Stage of this Creation Story? Something in me keep saying, “This time it is from the Soul… It has to be different…”

My human mind knows that there is more. Yet It also Knows that this time, this turn of the Spiral, It will be going Higher and Deeper. This time ‘Higher Mind’, the Essence of my Soul will be leading and guiding. Through so many years of my life, I’ve followed the ways of goals, even intentions…

It’s been actually quite wonderful, magnificent at times, with manifestation and what the world would call success. Yet somehow, I’ve always known, there is more… And sometimes I don’t ‘see’ it yet…even when so many clues and glimpses have affirmed this ‘knowing’ that comes from Beyond my human mind.

It seems to ‘descend’, drop into my heart. It fills me almost with an ecstatic Grace. It comes…and envelops my being. It is soft and tender, even while It is Calling me…

When It comes, it is easy to ‘miss’ if I’m not paying attention.

It is somewhat like a dream. When I wake up in the morning, if I don’t write it down, chances are that it will be gone. I won’t remember it. I’ve begun to Realize that even though it seems elusive, it is actually me that goes away!

So this morning, after a month of ‘writing distractions’, I am sitting here writing. It is flowing like a mighty river, giving Itself to me, penetrating and imprinting my very being. That is when I realized, It has already happened!

We are already in the next stage. The visible is here already in my writing for the Prelaunch on www.CalledByLoveInstitute.com. It is everywhere… in all of the pieces that I’m writing for ‘YOUR LIFE AS A SACRED LOVE STORY’. It has even given Itself more dimensions than I had ‘planned’…like three-minute videos, which I thought that I would NEVER do! Surprise!

Now that I ‘got it’, realized that we are already there, I can ‘see’ what I’ve known all along the way. “I Am That, Always Already” is Real, even when it is not yet manifest or clear to my human mind.

It’s like it sort of “pops”… Suddenly I can see more clearly. And then I see how it has been Giving Itself, guiding me, all along. More ‘pieces of the puzzle’ begin showing up, people, ideas, resources and structures of manifestation. It often has an element of synchronicity.

There is a Synergy present that is about “When two or three are gathered…” It comes in the ‘gathering in That Consciousness’. For those of you who are wondering… ‘Yes’, this is that ‘forever re-occurring scriptural download thing’ that comes from my childhood imprinting. (The scripture is found in Matthew 18:20.)

It has Its own Timing…the Cause is from Beyond time and is waiting for the Field in the world, including me, to be ‘ripe’ for It to give birth. It is easier to ‘see’ sometimes when you look back. You can identify how so many pieces, events, people, moments in time came…all of it working together to give birth to what is coming.

Called By Love Institute is an example. It began as what I might call a Divine Idea ‘dropping in’ over four years ago. ‘Codes of Co-Creation’ is another example. It began when I was in seminary in 1986! In both examples, and in all of the events of my life, there have been many ‘dance steps’ for me to learn, to ‘live’, to be and to do, in the realms of time.

What appears as ‘duality’, the “no” of the human plane, directed and re-directed me as often as the “yes”! We are going into ‘countries’ we’ve never been in before, individually and collectively, at least consciously. They are new paradigms of the Soul. Somehow we have been Called to be Explorers.

We will lay new Cosmic Grooves, we will become Way Showers and Guides for ourselves and for others. And first, we have to go into an Unknown Territory, explore it and map it.

How did it happen that we are here together? There used to be a radio show in the early days of radio. I remember the “voice” still. However, now I’ve changed it a bit.

It would say: “Who knows what lurks in the minds if men…” And then there is a pause followed by “Only the Shadow knows…” In the radio show of my childhood, the laugh felt somewhat ‘sinister’, although I probably didn’t know that word then.

I’ve changed it to “Who knows what lurks in our hearts…” Then I hear a gentle, even playful, laugh…and I feel a smile. The re-interpretation with ‘our hearts’ that

Reveals Itself now is so Loving, Inviting and Pure. It is a Golden Shadow.

We are being Called, together, into a Potential that we can hardly imagine. It is full, magnificent and Good. It is not just for ourselves, it is also for people we love. It is for each other, and it is for the world.

Take some time to just Sit in the Silence… Just commit to Being in the Stillness where the Beloved, your Soul, can simply ‘drop in’… I promise you, it is yearning to be with you.

Ask: “What am I being Called to explore Beyond what my human mind knows, for myself, for others and for the world?”

Another scriptural prompt, if you are interested: ‘Ask, and you will receive…’Matthew 7:7 is where you will find it.

Scribe: If you are willing, see what comes…

Don’t try to figure it out with your human mind, just ‘listen to the whispers of your Soul… And don’t even attempt to do the How, even though it may give you some clues or glimpses to ‘scribe’ from time to time. This is not for your ‘human mind’, no matter how brilliant it is, to ‘figure out’.

I like to do my Scribing in a simple spiral notebook with blank white pages.

Transcribe: After I’m finished, as I am doing now, I ‘transcribe’ it into ‘Word’.

And for those who may have some of the same imprints that I do, or are interested in exploring them: I LOVE being aware that “In the Beginning was the Word…” It is the Creation Story in one verse! It is found in John 1:1 and is absolutely written on my heart!