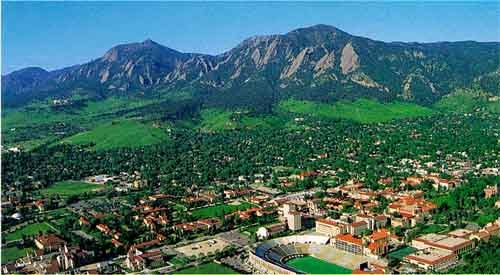 As we move into the 4th stage of Co-Creation in our garden of Being and becoming, a different awareness begins to come to the forefront. An awareness of the manifest realm and our place in it emerges.

It’s not just impersonal. It is possible for me to be part of shaping this! And there are others around who are encouraging (or not) and influencing that awareness.

I’ve pondered and questioned how to write about these things. The complexities of formlessness moving into form, of timelessness coming into time, can be very different, complex and viewed through many different lenses.

When does ‘Your Life as a Sacred Love Story’ actually begin? Is it at birth, or is it in the womb or even before? If you happen to be someone like me, you may also hold a ‘weird belief’ that is seldom spoken of…that we choose our parents, from the level of the soul before we come into this plane.

So…seeing through this lens, I could perceive that Boulder, Colorado, where my parents lived was one of the things that my soul considered. Thus it becomes part of my ‘journey of manifestation’. It has magical imprints of beauty, the mountains and flatirons, even the Boulder environment that was part of the first 20 years of my life.

The decades of my own life have ‘shown up’ with very different ‘stories’ and ways of manifestation in my unfolding world. In all of the years of teaching and ministry with people, so many have shared ‘stories’ that are unlike my own in so many different ways. In my ‘weird’ way, I see it all as perfect, pieces of why we came.

It seems to me now that this is related to our individual soul’s destiny, the gifts we’ve come to give, as well as the lessons we’ve come to learn. There is clear awareness in my own life that ‘unfinished business’ can bring souls back together!

The first decade of my life unfolded in what I examples as a world filled with love, safety and security. I felt it, even though it was the 1940’s and a war was going on in the world beyond my awareness.

A wound to my knowing of ‘blind faith’ occurred when I was 11 years old. My father died very unexpectedly. I was “Daddy’s girl”, he knew it, I knew it, and everyone knew it. And now, how could I live without his arms to hold me and make my life safe and happy?

Yet, it opened me into another world. My mother ‘ran away’ from her grief, taking my little brother and me with her. The small travel trailer that she bought would take us around the western United States into adventures unknown. She would ‘land us’ in Phoenix for two years and I would meet my first love, a 14 year-old lifeguard at the Elks Club swimming pool, of which my father had been a member.

Then, as fate would have it, she ‘swished’ us back to Boulder, to our Colorado home, to reconnect with someone she had known in high school at Campion Academy, the fundamentalist Seventh Day Adventist boarding school she had attended in her teen years.

Her high-school friend would become my stepfather a few months later. I would also, after a period of time, learn to love him very much. And it took me away from my first love.

There was magic in those incredible moments of young love. Years later in our 70’s, he would find me again. He described it as “We were like two peas in a pod.” Smiling, I said, “If you’d had a car instead of a bicycle, our lives would have been different!” We both laughed…

Campion Academy in Loveland would now be my private boarding-school home when we returned to Colorado. It was where I would experience the imprints of my love of the Bible that would ultimately, years later, blast through the boundaries of literal understanding into metaphysical and then Mystical Knowing.

During summers in Boulder, a couple of years after, I would meet and later marry a young soldier, who had served as a medic and was returning home from Korea. He became the father of my beautiful son when I was only, just barely, 20 years old.

Dreams and fantasies of marriage and family ended up, of course, with their own levels of complexity relative to manifestation! Dreams and reality are often different. I ended up ‘running away’ to California when my son was a baby, interestingly, replicating the pattern of my mother. My ‘return’ included, however, moving to Kansas City, Missouri…to try again.

Kansas City would become part of my ‘destiny path’, and I would go back to school to continue my B.A. at William Jewell College. Unity was there in ‘Future Time’, even as a divorce would unfold in ‘present time’ at the end of my 3rd decade when my son was 11 years old. Manifestation was happening, planned and unplanned.

The 4th decade, life in my 30’s, felt like an amazing adventure of ‘getting to know myself’ as a woman. It held some of the energy of living an adolescence that had been missed and needed to be experienced. A fortune-cookie kind of message saying, “I will not sit down to live” was a ‘guide’ that I taped on the pullout board of my desk as a secondary school history and English teacher.

People, events, places, and the interplay of dreams and goals would appear, like ‘following the dots’, coming into steps and stages of manifestation. Goals, action plans and saying ‘Yes’ emerged. Relationships of love with people and passion were part of the picture of my life.

In many ways, the Universe seemed to be showing me polarities and paradoxes of diversity. In Kansas City, I met a young Army major who would later serve on the faculty at West Point. He was a friend I would visit when I would follow a Rockefeller grant and work with the Feminist Press on Long Island in New York, for a year. It was a vivid example of different worlds. When women were first being admitted into West Point, I was invited to come and ‘speak’ about women in history.

It was also a time when the magic of the synergy of manifestation took me into the doctoral program in education at the University of Massachusetts. First I commuted from Bayville, New York to Amherst, Massachusetts, once a week. We do amazing things when we are in the Awareness of Passion and Purpose! It was a time when ‘Non-Sexist Curriculum’ was first being taught. Later I would go back to U Mass to do my year of residency and complete a dissertation on Life Activity Patterns of High Success.

And, in its own perfect way, Love took me back to Kansas City, to Unity and eventually to ministerial school. My life was being ‘shape-shifted’ in ways that were beyond my human ability to know, set goals or plan. I didn’t realize that it was shifting from ‘my will’, which included a very adventurous relationship with positive- ego development, to “Thy Will’ and surrender.

What I see now is the perfection of my life through those years within the Colors of my own Rainbow. Charles Fillmore, the co-founder of Unity, talked about the difference between personality and Individuality. Carl Jung talked about the entry into Individuation in our lives around age 40. Without knowing it, I was right on track! It was all happening, I was living the Stages, and simply calling it life!

I see the impulses of unknowing and survival, as well as the Field of Love that nurtured me. I see the magic and tribe, family and culture with the symbols and imprints that are so profound. There is the clear recognition of my own ‘breaking out’ and the goals of ‘finding myself’, even within the structure and the authority, the setting of the traditional which gave me stability.

Purpose and Absolute Passion were part of the emerging that would take me beyond ‘conforming’ into conscious exploration and achievement. A natural network of guides and influences, mentors and role models were ‘showing up’ as if by Grace as part of my journey of manifestation.

I was experiencing and ‘discovering’ my own integration of Awareness of the brilliance and dancing Colors of the Rainbow that would become my life. It would be the unique expression of my ‘many selves’ in all the multiple contexts.

Only now, It would take me Beyond all of the awareness that I had previously known. A ‘Monumental Shift’ was happening and continues in the becoming part of who I am. I have somehow emerged from a conventional world into another world that is opening a natural experience of Knowing Vision that is Beyond…

Now I recognize it as part of my own first glimpse of a Double Rainbow! My mind has supported me and now my heart is taking me into the All That Is…

I invite you to take a ‘deep dive’ into looking at the first 40 years of your life through the awareness of the Colors of the Rainbow.

As I look at the Colors of the Rainbow through my awareness now of Integral, Spiral Dynamics and the chakras, all of those experiences that have been part of my world of learning and manifesting, I see it clearly.

You may not have those experiences in your life. It doesn’t matter. They are happening anyway, whatever you are calling it! If you have them, look for them within those frameworks. I’ve found them in the frameworks of my own life, as parts of the Spiral, Integral and beyond…

Look for settings, symbols, contexts, imprints and Guides. Look for the Magic and the Mystery, seeing through the eyes of Love.

Include the polarities and paradoxes, even while letting them be part of a life that you never thought of perhaps as a Destiny path that is guiding you, even without your knowing. Scribe what comes…

In the beginning it may seem totally ‘weird’. Just let it come anyway, without editing or making it wrong. You can rip up the paper later if you want to!

Let it be like a play, or finding pieces of a 1,000 piece puzzle and finding new places that begin to ‘fit’ together.

If you go to your rational mind on this one, it may be too strange. It may seem more like a fantasy…and maybe it is! Have you ever heard that it is all an illusion???

Or…is it, parts of it at least, a Parable, a living Love story that teaches?
I invite you to explore the possibility…