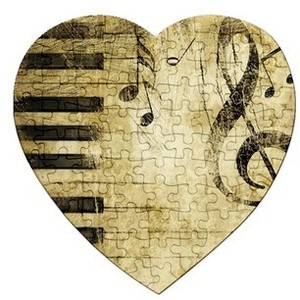 I woke up this morning with this title, this ‘theme’ flooding into my awareness. There were some simple words that followed, seeming to be ‘parts’ or ‘paths’ of the Mystery that came in my ‘waking re-entry’ into the day.

Then a sort of ‘sub-title’ came, like a glimpse of how to follow the threads. “It’s woven into all the seams of the fabric of your being. And it is woven into the seams that you have sewn.”

Sewing was a part of my childhood and also my young adult years. It was an important skill often taught to young girls in the 1940’s and 1950’s. I know about threads and seams.   As a child, I once made a whole wardrobe of doll clothes for my younger cousin, Kathy, sitting at my mother’s old Singer sewing machine.

Now I could let the symbol Reveal what It means in this moment of ‘waking awareness’. Two of the words that came into my mind seemed like ‘standard’ stuff, applicable to most of us, ‘education’ and ‘career’. The third was not standard.

It came in a phrase and was a person, identified as part of a thread: “Mrs. Plank’s granddaughter”. I couldn’t remember her name. Interesting though, over the last several months, even for a few years, she has come into my mind. And then her first name just dropped in, Louise, which is my middle name.

The ‘last name’ simply was gone, not there…until it was, probably 15 minutes later. It was similar to the last name of someone else I’d known in my 30’s, now nearly four decades ago.   He was a person who had been somewhat ‘pivotal’ in my path, like a reminder. Then, Louise’s last name, Hauck, was suddenly ‘there’…

Louise Hauck was someone I’d invited to come and teach from the platform of Unity of Tustin in the 1990’s. As I often did with presenters, we went to Zov’s, a wonderful Mediterranean restaurant nearby, to get something to eat ahead of time. It’s a great gift to ‘break bread together’ and share in the ‘unfolding’.

“Tell me about yourself…”, Louise said, “How did you get ‘here’?” In the conversation that followed, I shared a bit about my path to becoming a Unity minister and mentioned that my background was somewhat unlike my now mystical leanings. I was born in Boulder, Colorado, which included imprints of tradition and “my favorite” Bible verses from childhood that I knew “by heart”.

Louise delightfully told me, “My grandmother lived in Boulder. I used to visit her there. She lived on University, up on the hill.” I told Louise I still owned some property in that area, in fact, my piano teacher as a child had lived on University.

As Louise listened, I told her how I would go to my piano teacher’s house on the bus, go up the steps of her front porch, go inside and wait in the dining room while Mrs. Plank finished up the lesson for the piano student before me. I would sit at her dining room table where a 1,000 piece puzzle was laid out…for all of her students to work on, while we waited for our lesson.

I can still see it all now in my ‘Awareness’ of ‘past, present and future as One’. Louise’s eyes became ‘soft’, almost with wonder. There was a quivering kind of smile on her face as she told me: “Mrs. Plank was my grandmother…”

Louise Hauck is now an international speaker, visionary and intuitive. Her books include ‘Beyond Boundaries’ and ‘Heart Links, Connecting with Lost Loved Ones’, as well as ‘Streaming Consciousness: A Current of Unity”. She has had the gift of “sight” from early childhood “with the ability to move pictures forwards and backwards through time…” I only know this now because I googled her name.

I just took these words from her website, which I’d never looked at before. Louise and I have lost touch for years. And I just clicked on ‘Contact’ on her drop-down bar, all of these technology things that I’m just learning, now in my 70’s. I sent an email, reminding her a little about who I was, and said I’d love to re-connect…

I’m a bit ‘blown away’, even still, now two days later as I transcribe into a Word document, my hand-written ‘Scribing of the Whispers’ that I hear as I sit to write. It’s as if in some ways Louise and I have lived some of the same kinds of experience, as if we’ve had what I’ve come to call something-like Parallel Lives.

How often do we experience ‘moments in time’ that we may or may not recognize fully? And if it comes back to us, in some ‘strange way’, how often do we say “Yes” to exploring how the Universe may be Revealing part of the Mystery?

WRITE YOUR SOUL… Write about the threads, the seams, the unraveling, however it may have ‘shown up’…even while you still let it be Mystery, or didn’t.

At this moment of transcribing and recording, I’ve not heard back from Louise. Will I ever? Will I follow up? Who knows… Is this part of my own still-unfolding Mystery? Will I recognize it? Will I know what it means?