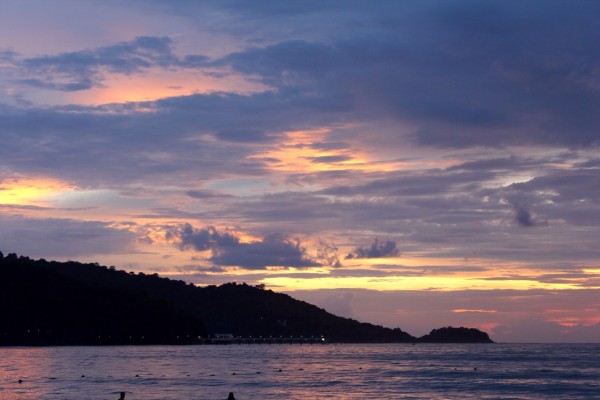 How do we access the invisible dimensions of our soul? Is it even possible for us to ‘do it’, or does it simply come upon us, into our awareness, in moments of grace? What is the soul, and how do we even know it’s there, if it is? So many questions and seemingly no way to prove it. Until it happens…something so clear…and then the questions dissolve as answers begin to come.

The SECOND CODE has a somewhat mysterious feeling. It seems as of an ancient knowing, strange to understand.

“Let there be a firmament in the midst of the waters, and let it divide the waters from the waters.” We have the Voice of God speaking again. Is it an inner voice, an outer voice, in the world, not of the world? And what does “a firmament” mean?

Then, for me, another astounding realization: “And God called the firmament Heaven. So the evening and the morning were the second day.” (Genesis 1: 6-8)

My ‘astounding’ wonder was: ‘What happened to earth?’ I don’t think that I’d ever noticed that both weren’t mentioned here, not in all the years that I’ve taught this. I looked more closely without knowing it and opened to my mind dissolving into a greater Awareness…

Such intriguing ‘clues’ are here in these codes that go back thousands of years. Is there a way to bring all of this, with our contemporary ways of knowledge and science, into our ‘now’ awareness? Can we align who we know ourselves to be with this ancient text? Does make any sense after thousands of years?

Charles Fillmore, the co-founder of Unity, wrote a book called ‘Mysteries of Genesis’. Actually he gave talks, they were transcribed and the book probably came from them. He focuses in on “a firmament” and ultimately, in Unity, it has become part of the foundation of Affirmative Prayer. It is part of Silent Unity, known worldwide.

Is this about a way of thinking, and even feeling, a way of believing and trusting? And, if it is, if we let it become part of our lives, what happens? Is it a way of being that changes us, even possibly our world?

I notice that, for me, this is not about heavy-handed rule making. It is a Voice speaking that ancient scripture calls God. Could this Voice now be like an inner Voice that is natural and very early part of creation when it is still invisible?

Is seems there is a dividing place between the positive and the negative. Could this be part of the mystery of kinesiology, or the research of Dr. David Hawkins and his life work, including ‘Power Vs. Force’ and ending with ‘Letting Go’? Is it the shift occurring at level 200 on his Map of Consciousness that tracks changes in energy from destructive to life affirming? Are there other monumental leaps that occur in us and in humankind as a whole, shifts that we are still moving toward in consciousness? Could these be at the level of Love at 500, and beyond?

The monumental leap phenomena is researched, written and taught about in the work of Spiral Dynamics with Don Beck. It is also part of the Integral framework of Ken Wilber that has been so deeply studied, researched and embraced by more and more people. Is this part of the “Tipping Point” of which Ken Wilber so brilliantly and passionately speaks, to which he has devoted his work and his life?

Clearly the questions come, often as the experience of answers come. For me, it has not happened suddenly, but over three decades. Sometimes the answers have even come first, the questions after, a reverse order way. It feels like the 180-degree shift in perception that is found in the teachings of A Course in Miracles.

So much curiosity, so many questions. Radical Trust and a Faith beyond belief have also come to me in all of these years of life, study and teaching, of ‘wandering as I wonder.’ It has been a Quest and an Odyssey that still continues. Time dissolves into Timelessness. Curiosity is a powerful entry point it seems.

And then my mind dissolves back into the astounding realization that I noticed as I began…in the beginning of this particular writing:

“And God called the firmament Heaven. So the evening and the morning were the second day.” (Genesis 1:8)

The unconscious ‘waters’ that were perceived as “under” and “above” are now simply called Heaven. There are still “evening and morning”, different shades of light and color. I Am seeing beautiful sunrises and sunsets as part of that color.

Somehow a monumental shift has occurred in the way I see. It goes beyond perceptions of the under and above. It is what I have called ‘Non-Dual Awareness’. Could it be part of what Mystics have called the ‘Dazzling Darkness’?

It feels very much like this has been part of the colors of my own consciousness, that it is spiraling higher and deeper, as I have evolved in stages of knowing. A tapestry of multi-colors is revealing its hues, shades and beauty.

PRACTICE: BRINGING YOUR LIFE INTO THE CURRICULUM…

What have been your ‘answers’ at different stages of your life? What has your ‘questions’ process looked like?

Have they brought new answers? Do new answers ‘transcend and include’ some of your previous values?

Can you see ‘stages of development’ in your own life?

Have there been significant books, places, teachings or settings?

I’m noticing that as I wrote, there were a lot of questions! How would it impact what I wrote if I were to turn my questions into answers?

What are your answers now? Are they inspiring more questions or perhaps even more action?

How has it worked for you?