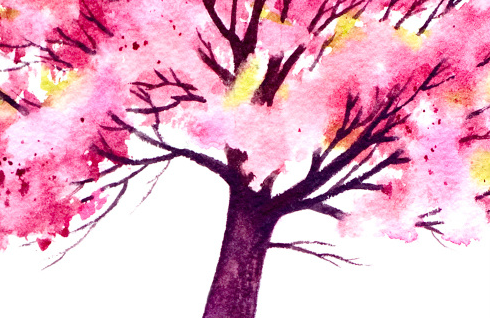 Reading these words, Living a Life of Ceaseless Discovery from A. H. Almaas, I feel their Vibration in the very core of my being. A gentle smile of recognition comes as I realize, “This Vibration is ‘working’ me…not the other way around.”

There is a deep breath and a sigh… So simple…and yet so complex. And all of the ‘thoughts’ then just fade back into nothingness. Ceaselessly discovering, ceaselessly I Am That always already.

One of the ever re-occurring discoveries is the dance of my Inner Knower with the brilliant, even dazzling, Outer Teachers who simply show up along the way. So many significant pieces have been placed in this uniquely beautiful tapestry, this 1,000 piece puzzle, called ‘Living a Life’. There are so many exquisite pieces in this unity of Oneness.

The seven days of creation seem so simple in my childhood picture books filled with cosmic sky and earthly wonder. And now there have been nearly eight decades of seeding the multi-colored hues in this unique flowering garden of wonders.

The Spectrum of Consciousness was a Cosmic Comet for me, the imprint of Ken Wilber, in the 1980’s to my questing heart and mind. States and stages began to do a slow waltz with my unfolding awareness of what would become for me the ‘Codes of Co-Creation’.

Other Beloved Teachers also showed up, often in surprising and unplanned ways, not orchestrated ways, as the seeds began their own Divinely-timed process of ripening in this beautiful ‘garden admist the flames’. Andrew Harvey gave me those words and huge awareness that ignited the Way of Passion in my heart.

As Andrew and I walked slowly through the garden on one of his multiple times of coming to Unity of Tustin to teach, this place that was emerging in my heart and mind, suddenly he stopped at the second site symbolizing Faith and Radical Trust. Words began to almost excitedly flow…

“Oh Marj, I just got the title of your book… It’s ‘A Garden Amidst the Flames’. And then his eyes closed as I felt him descend into another place, his poet heart, as new words flowed from his illumined Being.

“O Marvel! a garden amidst the flames. My heart has become capable of every form… I follow the religion of Love, that is my religion and my faith.” He told me it was from Ibn’ Arabi, a mystic poet. I still have the scrap of paper on which he scribed the title and handed it to me.

Significance, for me can often come in ‘threes’. It is as if elements of Trinity are giving themselves. The next amazing piece that would give more of the complexities of form came through the Spiral. Again, over multiple experiences in time, the Light revealed itself as spiral, especially in Spiral Dynamics and the work of Don Beck.

Often as new facets of each of the themes began to play, more ‘master musicians’ came into the orchestra…bringing more brilliance of meaning. The Double Spiral of Thomas Keating, the Map of Consciousness of David Hawkins, the MAP profiles of Susanne Cook-Greuter became part of the vastness of the colors of the Rainbow now in my Cosmic Sky.

As you simple ‘sit’ in the Silence, allow yourself to just feel the breath, breathing in and out, of your Cosmic Sky…

Your journey has been amazing in its own exquisitely unique way. Just take a moment and let it come in…with Awareness that holds no judgment of right or wrong, just Awareness of the magnificence of ‘what is’.

Scribing may be a way to bring the Invisible meanings into the visible. I invite you to simply see what comes…

Have there been words or phrases that ‘ignited’ a recognition of meaning in you?

How has the ‘Dance’ of people and places shown up? Feel it in your heart… Let It tell you.

What perhaps began with a simple meaning and then began to show you its complexity of forms? Stay in your heart…where the Field of Love is pure…

Can you experience the imprints of Cosmic Comets and Beloved Teachers, some of whom may have shown up as Surprise in your own ‘Garden admist the Flames’?

Are there symbols that hold deep meaning that perhaps only you know?

Simply SCRIBE what comes… If nothing comes, you could simply start with “I am experiencing Nothingness, no-thing-ness, …and listen for the Whispers that will follow.
[print_link]