Called By Love Institute > Weekly Dialogues > General > THE KEY TO EVERYTHING 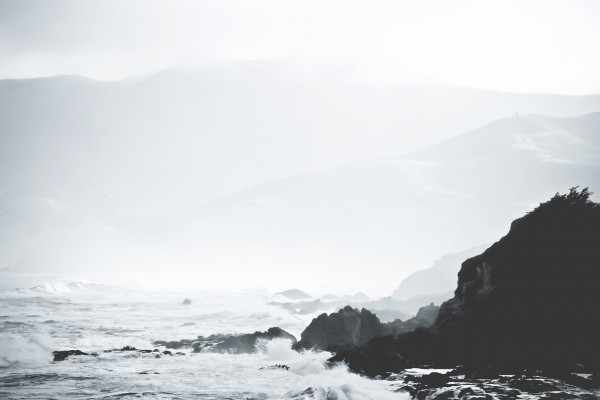 We sit in various classrooms in our lives, some of them even look like classrooms. Others look like ordinary ‘other kinds of places’. We hear voices in those settings. Sometimes we recognize, even honor and delight in the voices we hear. Other times we don’t. Occasionally, we call them ‘teachers’. Some have had ‘formal roles’, others have had ‘informal roles’.

Remembering clearly what we learned and who the teacher was may be more rare. Then, maybe once or perhaps a few times in a lifetime, time may stand still. Timelessness seems to penetrate into time. Words are spoken that imprint upon our hearts and minds. Sometimes they take us to new levels of recognition, perhaps of Love or Knowing that brings Wonder, even Awe.

Such a moment came in the first six weeks of my being in seminary at Unity School of Christianity. The class was Metaphysics I, the day’s topic was the story of creation found in the first chapter of Genesis in the Bible. Marvin Anderson was the teacher, a sort of radical revolutionary among Unity ministers.

“This is the Key to Everything”, he said, “and we don’t understand it yet.” He then began to elaborate on the difference between what he called Involution found in Genesis 1, and evolution, which he said was found in the rest of the Bible. He was taking us into the Mystery…and he forewarned us…it was not about our necessarily understanding. I was fascinated, with his charisma, with his passion…

And then I felt a Shift. I felt myself transfixed, pierced by the words, held motionless in time. I knew, somehow, that this would be the Work of the rest of my life. It was as if I was being ‘Given’ a life assignment. It was ‘Known’ that I could not understand it…yet. I told no one, not Marvin, not anyone. Who would I tell? It would sound crazy. Yet…there was a total Knowing.

The ‘pieces’ of that moment in time, the Revelations of that Knowing, have come over the three decades since. They still continue.

Involution is the Descent of the Holy Spirit, the Descent of the Dove that artists have depicted. It is the Living Flame of Love, the Always Already Present known by Mystics and poets. It is timeless, changeless, transcendent. And yet, It Comes Upon us…penetrating our souls, our hearts, minds, our physical being. It ignites within us a yearning to know, to remember.

The Ascent of the Soul is felt in our Heart as Love. It is beyond human knowing. It doesn’t make sense to us always, yet we want to Know It more. It Knows the Impulse of its own Becoming. It yearns for Oneness, for Union. Even though the world knows it not, we search for it, we seek it, yearn to find it.
At that moment in time in 1985, I could not have written these words. I had no way of even understanding them. I ‘knew’ the creation story from my childhood. This was not that. My family, most of my friends, would not understand it. Somehow I had shifted out of a paradigm of awareness that included even a lot of my education. I was ‘in-between’…the Unknowing would reveal Itself in time.

What I know now is that my mind was dissolving into my heart, into a Heart Mind that would emerge in Cosmic Vastness. Mystics and Map Makers of Consciousness have tried at times to describe the Mysteries that are Beyond the rational mind. Often the words are veiled, there is somehow a knowing that this can only be understood by “those who have the ears to hear, those who have the eyes to see…”

And yet, when the Lightening Bolt happens, when the Thunder sounds, there is a Knowing that does not require understanding. It begins with a Love that changes everything and is forever.

Let the words dissolve as your heart feels them and then gives them out into the world… Feel the pause points where Awareness simply ‘drops in’ from Beyond the human mind.

OPEN TO REVELATION, SCRIBE IT perhaps, or you may not remember it…

What settings have been your ‘classrooms’, what voices did you hear, who were the ‘teachers’ in their formal or informal roles? What words imprinted in your awareness?

Have you felt Shifts, moments when you felt transfixed, pierced by words? Have you experienced a glimpse, an awareness of a ‘life assignment’? How have you searched for it, yearned for it? How has it revealed Itself over time?

What have you had no way of understanding? Have you known the In-Between times, between the ‘known’ and the ‘Unknowing’?

Choose whatever questions ‘light up’ or ‘attract’ you and see if some of the Mystery will come into words from Beyond your human mind.