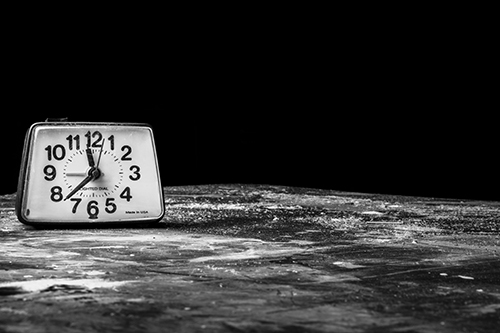 How does one describe a moment in time that descends into your life? It seemed simple and even ordinary at first, and then it wasn’t… Do I talk about sitting in a classroom that I had not expected to be in? Do I write about feeling lost in the world? Do I move to ‘following the dots’ to find an Unknown Way?

The ship of my second marriage seemed to be crashing on the rocks. It was a marriage that I did not want to end. I had a ‘imprint’ from my childhood that marriage was supposed to last. I had already been through the end of my first marriage even though it was my own choice. Or was it?

Sitting in the Prayer Chapel at Unity Village, I was waiting for an appointment with someone who had called me to ‘talk’ about the ‘problem’. My second husband was a minister and dissolving marriages can be difficult for the churches they serve. I felt embarrassed, even feeling some shame, yet most of all, just plain lost.

I clenched my hands into ‘fists’, struggling with the feelings, wanting to ‘pray’ to somehow fix it all. A ‘memory verse’ from my Fundamentalist childhood of learning about Bible stories, by creating the ‘stories’ in a sandbox tray with my Great Aunt Lydia teaching us, dropped into my awareness. The verses were always short and simple…for a child to learn. “Ask in my Name and you will receive…” came into my heart.

My heart felt like it was breaking open, even while pleading… “Show me what to do” formed as a response in my awareness to the invitation to “Ask…” And then, as if time had returned, I remembered that I was at Unity Village for an appointment and if I didn’t get there, I would be late.

A short time later, in another room, I was sitting with the person who had asked me to come. I knew him from a time when my husband had ‘tried out’ in a church in the Northwest and he had since come to work with the Association of Unity Churches team at the world headquarters. We briefly talked before ‘diving in’ to what we both knew to be ‘the question’.

And then…the Numinous simply descended. That’s one way that I would describe it now, even though I wouldn’t have known that then. Suddenly the light began to change in the room, I heard a voice… I thought, with my human mind, that it must be the person with whom I was sitting in the room. He later told me it wasn’t. The Voice simply asked: “If you could do anything in the world, what would you do?” Tears began filling my now closed eyes and then flowing down my check as I heard myself say the words, “I would be a minister.”

And then the Light changed again. I heard the voice of the person with whom I was meeting. He said in a somewhat excited voice, “If you really mean that…” as he explained that deadlines were approaching for applications to ministerial school. He simply started directing me as to what to do, the next immediate steps…that would re-direct my life.

My human mind had never ever even though about being a minister. That was what my husband did. Maybe we would do something together where my background and doctoral degree in education would be complimentary. Yet all of my ‘plans’ seemed to just simply dissolve into a greater Knowing that came from beyond my rational mind.

I simply followed…moment by moment at times… I waited for and then followed the next ‘points of Light’ that came. I asked for them when I needed them. I followed them when they came. It became my spiritual practice, one that I still follow and teach. It was one of my first connections with Radical Trust and ultimately Radical Love.

Love has many faces in our lives. It shows up in so many ways, often with interesting and strange disguises. What has emerged, for me, is a radical surrender. It does, however seem to take different ‘lengths’ of time as it morphs into its expressions of ‘sometimes love, sometimes sorrow’ in its exquisite journey of Love without an opposite.

Ultimately, two or three years later, the marriage ended… Yet, for me, the Love never ended. The dissolve of the ‘breaking heart’ became the Heart that was Broken Open, opening me to the next platforms, still then invisible, in this amazing journey of Love.

What have been ‘Moments in Time that changed your life?
How have they Surprised you? How have they shifted and morphed?
Can you ‘see’ them Now in new ways, through the eyes of Love without an opposite?

Write…for 10 minutes maybe, perhaps for an hour. I love writing for 1 hour. For me it represents the Power of One…

Practice LISTENING FOR THE WHISPERS, the Knowing that comes from Beyond our rational minds. Your’s will be different from mine…go beyond expections…

SCRIBE what comes…without judging it, without editing it… If only silence comes, just sit. It will seem, perhaps, to come as a ‘thought’… Just SCRIBE it, let it come.